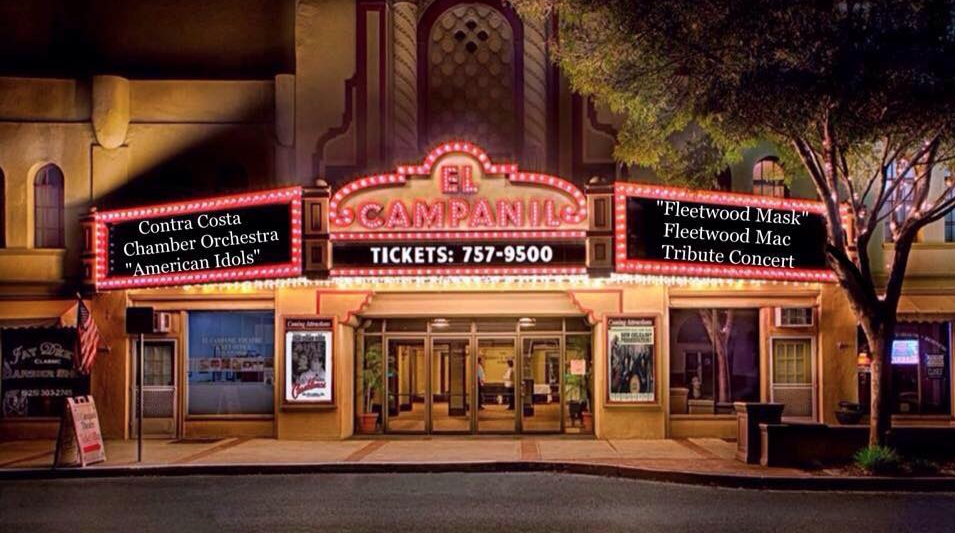 El Campanil Theatre is honored with the 2018 Eclectic Architecture Award

El Campanil Theatre in our Historic Downtown Antioch was recently recognized by The Art Deco Society of California with their 2018 Eclectic Architecture Award. Rick Carraher, Executive Director of El Campanil Theatre Preservation Foundation, was presented with the honor at this past Saturday’s Annual Art Deco Preservation Ball and Awards Ceremony in Oakland. We are deeply appreciative of this honor, especially with its presentation in El Campanil Theatre’s 90th Birthday Year!

“When it opened in 1928, El Campanil Theatre served as a venue for both vaudeville and movies. It was built at a cost of $500,000. Among the performers to appear (in the earlier years) at the theater were Roy Rogers, Mary Pickford, Sally Rand, and Donald O’Connor.

Its Spanish Colonial/Spanish Gothic style facade was unusual because as the theatre’s name suggests, it had three archways, each with a bell inside it, with the largest arch and bell being in the middle over the main entrance, three stories up. The auditorium still has its original ornate painting and Moorish chandeliers and wall sconces. The dressing rooms are adorned with hundreds of autographs that date back to the theater’s opening” …Cinema Treasures 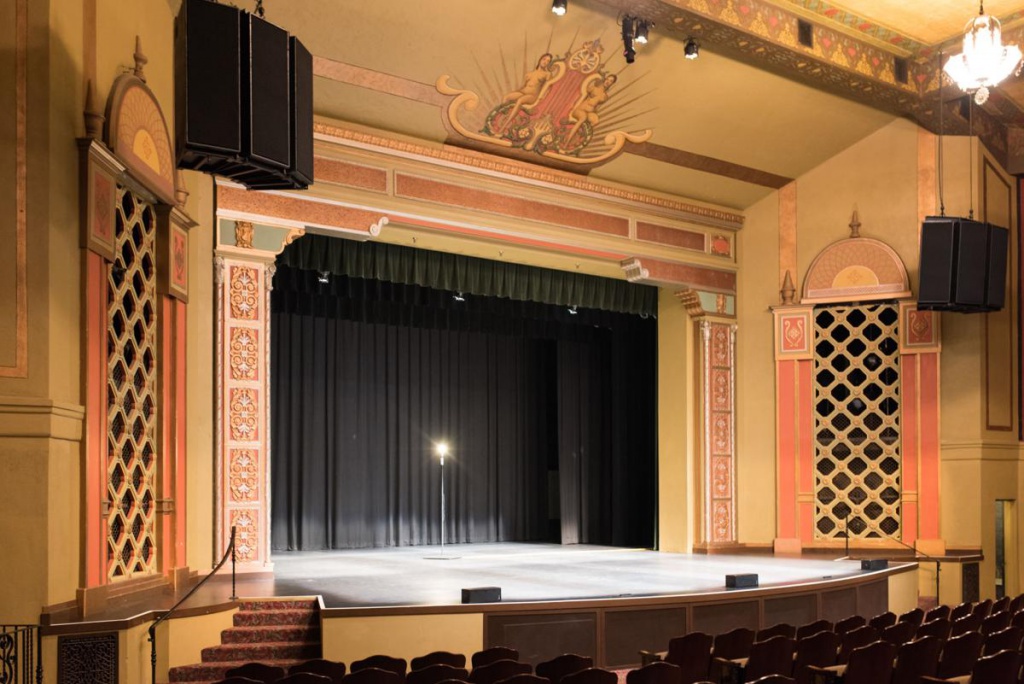 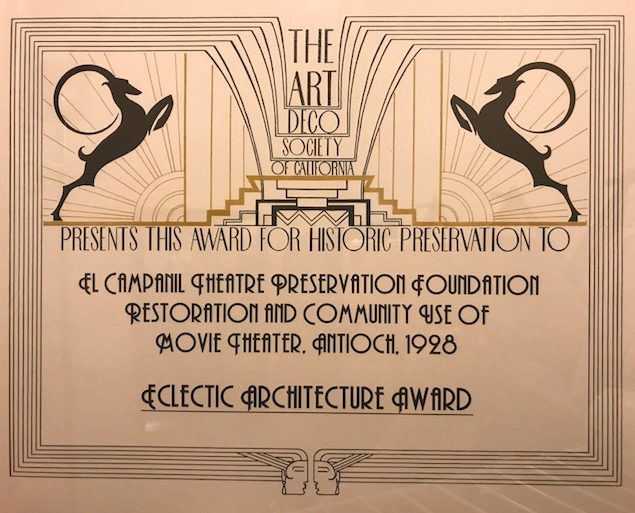