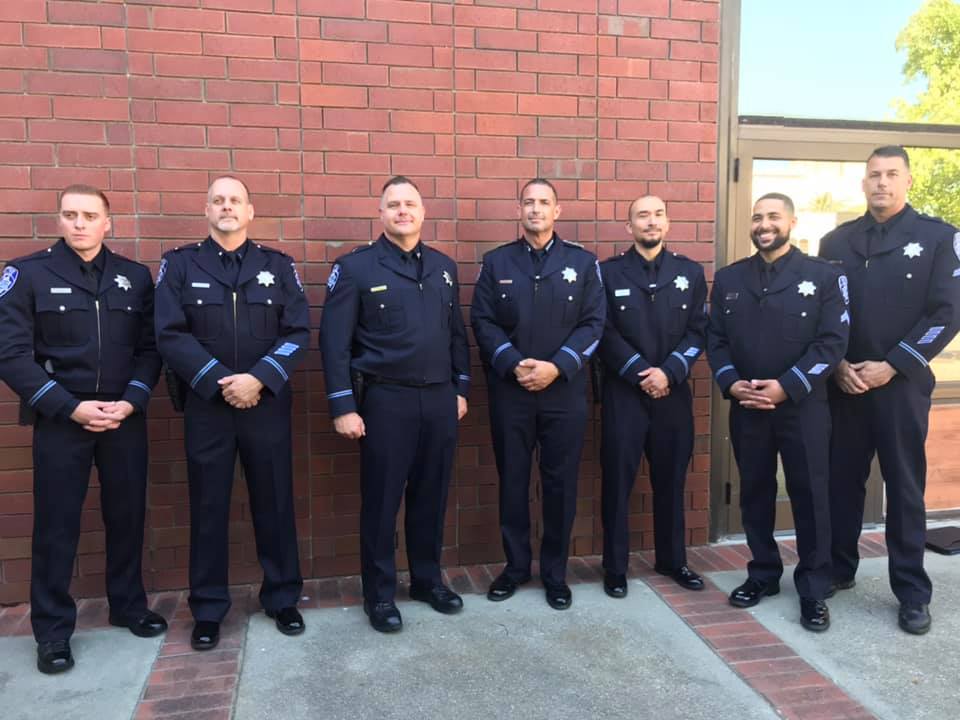 Matthew grew up in Claremont, CA, and graduated from Claremont High School in 2012. Before graduating, Matthew enlisted in the Marine Corps and he left for boot camp shortly after graduating. Matthew eventually became an Infantry Machine Gunner and served 4 years with the Second Battalion, Fifth Marine Regiment. Matthew was honorably discharged at the rank of Corporal in 2016.

Soon after being discharged, Matthew was hired by the Los Angeles Police Department and graduated from the Police Academy in October 2016. He was later assigned to patrol for 1.5 years in East Los Angeles, and spent the remainder of his time patrolling South Central Los Angeles. Matthew then accepted a job with the Antioch Police Department.

In his free time Matthew enjoys going to church, spending time with family and friends, rock climbing, and working out.

Fun Fact:Â Matthew is terrified of spiders and needs his wife to kill them for him.

Jason grew up in Fairfield and graduated from Fairfield High School. Jason is happily married to his wife Danielle and is the proud father of three girls. Prior to working for the City of Antioch, Jason worked in the construction trades for several years and had his contractorâ€™s license. He also had a flooring business for several years.

Jason started his Police career in December of 2002, and was assigned to the patrol division from 2002 to 2013. In April of 2013, he transferred from Patrol into the Investigations Bureau where he worked as the Domestic Violence Investigator. In 2015, he was assigned to the Robbery/ Homicide unit and worked as a violent crimes investigator. In July 2018, he transferred back to the Patrol Division.

In 2016, Brian was honored as a 2016 Community Champion by Community Violence Solutions for those who go above and beyond the call of duty to end sexual violence in our community.

Brian holds a Bachelorâ€™s degree in criminal justice management and in his free time, he enjoys spending time with his family, playing basketball, working out, and is an avid reader.

Fun fact:Â Brian has been nominated for Officer of Year a whopping 10 times but has failed to ever win the award.

Rick was born in Berkeley and moved to Antioch when he was in the fifth grade. Rick spent the rest of his childhood in the city of Antioch. He met his future wife, in a church youth group when he was 15 years old, and eventually married her years later.

Rick began his law enforcement career with the Contra Costa County Office of the Sheriff in March of 2006, and worked as a Custody Deputy at the Martinez Detention Facility from March of 2006 to September of 2007. Having grown up in Antioch, he knew that he wanted to be a police officer for APD. Rick lateraled to APD in September of 2007 and began his career with APD as a patrol officer.

Rick was assigned to the Investigations Bureau in August of 2015 where he initially worked as a Missing Persons Detective, a Post Release Community Supervision (PRCS) detective and eventually was assigned to the Special Operations Unit. Rick was also awarded the APDâ€™s 2017 Officer of the Year award.

Rick was promoted to the rank of Corporal in January of 2019. During his time as a Corporal, he has been assigned as a patrol Corporal, Gang Unit supervisor, and a SWAT Assistant Team Leader.

Rick is excited to begin this new step in his career and is eager to serve his department and the citizens of Antioch in a new capacity.

Fun Fact:Â Rick would like to share that he is much better at fantasy football than both of the newly promoted Corporals Vanderpool and Rose

Joe grew up in Richmond and graduated from El Cerrito High School in 1989. After graduation, he became an EMT and worked for four years for Acme Western Ambulance in Oakland. Joe eventually attended San Francisco State University and graduated with a Bachelorâ€™s Degree in Art in 1998.

In 2000, Joe put himself through the Napa Valley College extended night Police Academy while working a full-time job in the Athletic Business Office at Cal. He was picked up by the Walnut Creek Police Department while in the academy and started with them upon graduation in December of 2000. During his time with the Walnut Creek Police Department Joe served in Patrol, Motors and as a K9 handler. Additionally, he was on the SWAT entry team and was a firearm and chemical agent instructor. In 2012, Joe was promoted to Sergeant and eventually helped create a four-person Special Enforcement Team as well as supervising the Motor team and K9 unit. In 2017, Joe was promoted to Lieutenant and worked the remainder of his time there as a Patrol Watch Commander.

Joe is married to a Walnut Creek Police Officer, and enjoys traveling with his family and is a die-hard Giants, Niners and Sharks fan!

Fun Fact: Joeâ€™s son has the exact same birthday as him!

Trevor graduated from California State University, Sacramento in 1997 with a Bachelorâ€™s of Science in Law Enforcement Management and Investigation. He was hired as a police trainee by the Antioch Police Department in January 1998 and attended the Los Medanos 135th Police Academy. Upon his graduation, he was sworn in as a Police Officer on May 26, 1998 assigned to the Community Policing Division.

As fate would have it, the effective date of his promotion to Captain is exactly 21 years to the day from his original appointment as an Antioch Police Officer.

Fun Fact: Trevorâ€™s nickname amongst his peers is Mr. Incredible due to his resemblance to the animated film character. Through the generosity of our officers, he has accumulated a decent collection of Mr. Incredible memorabilia over the years. 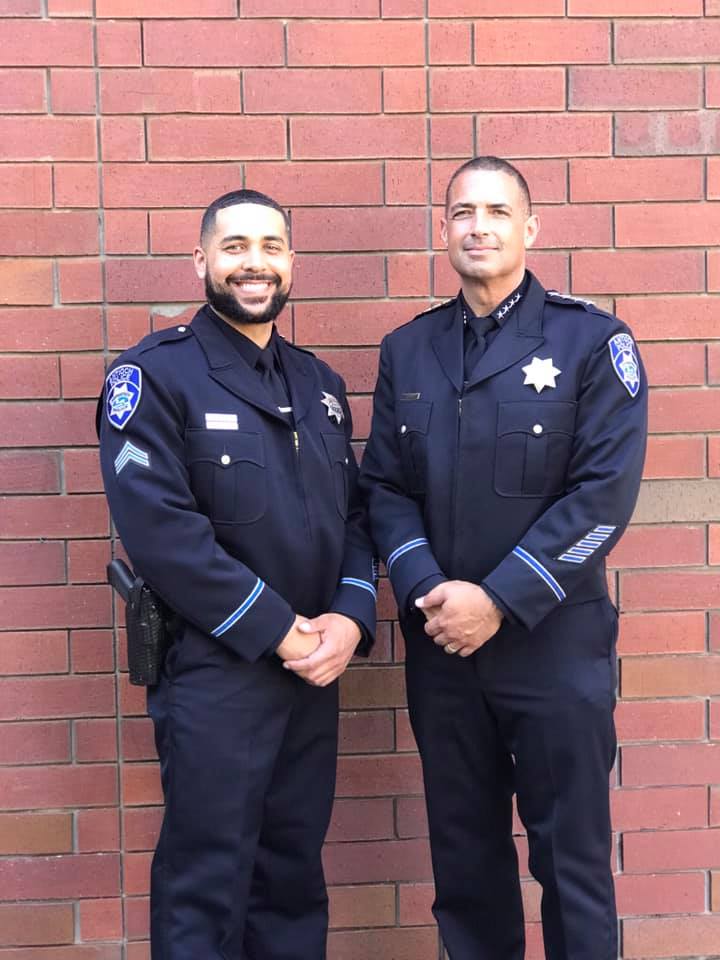 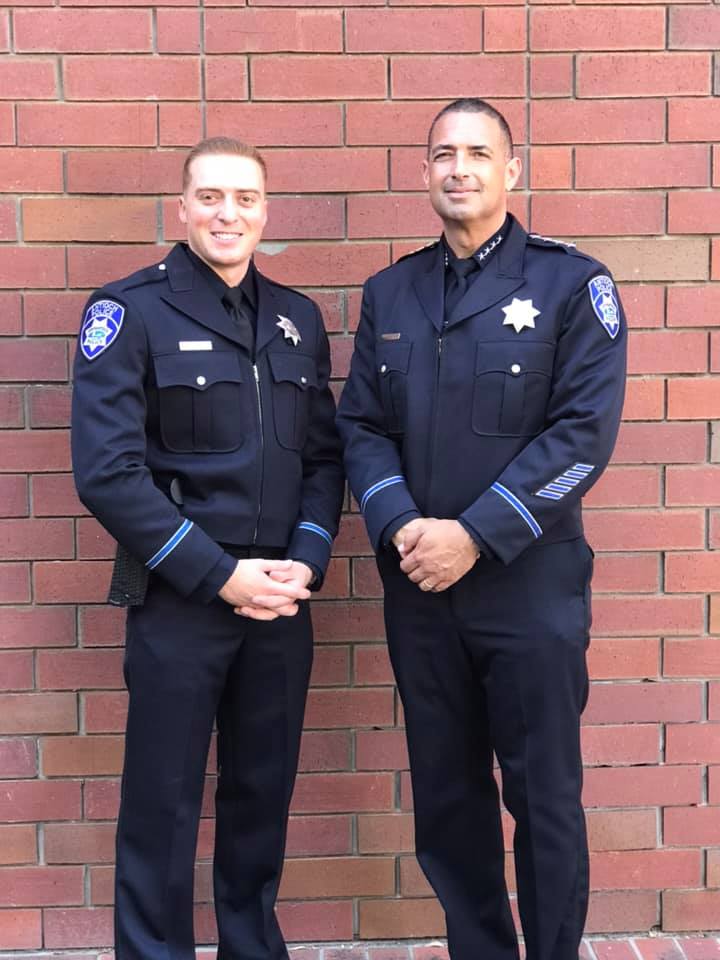 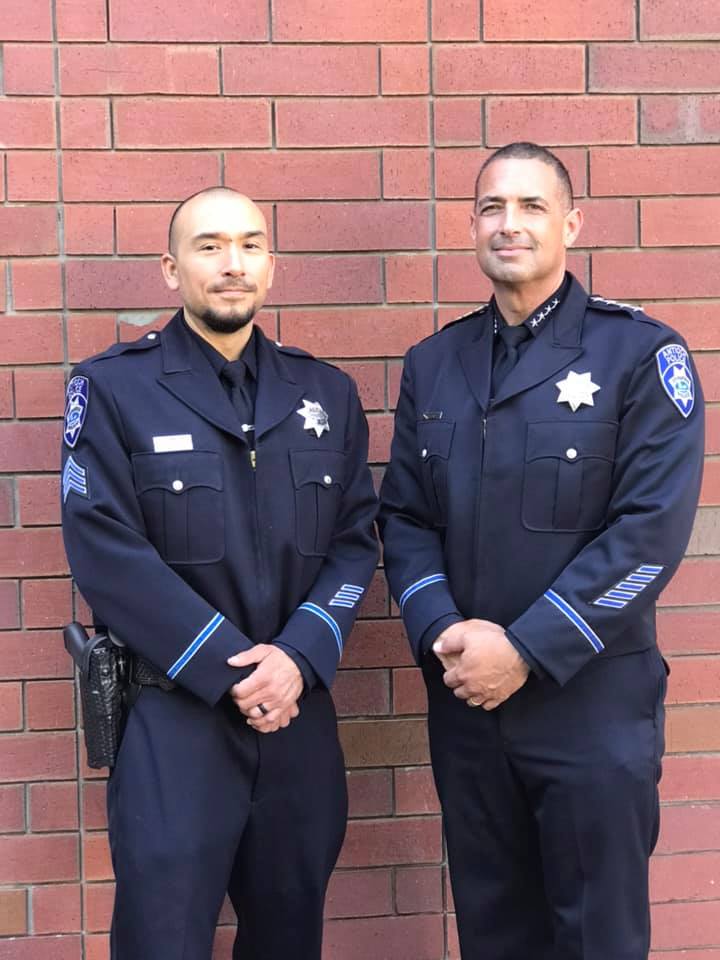 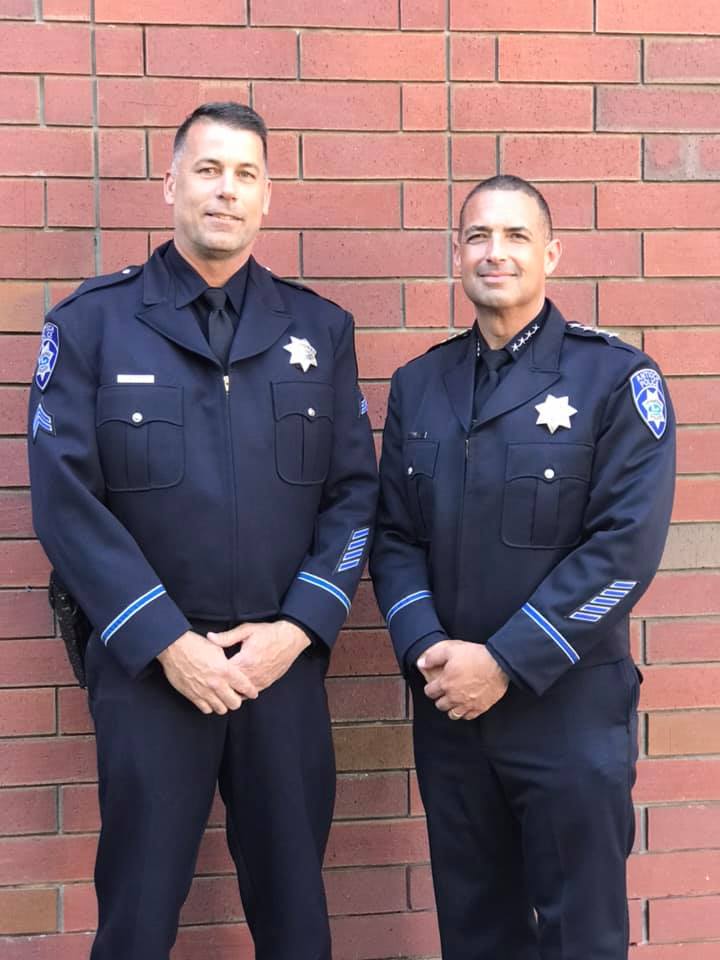 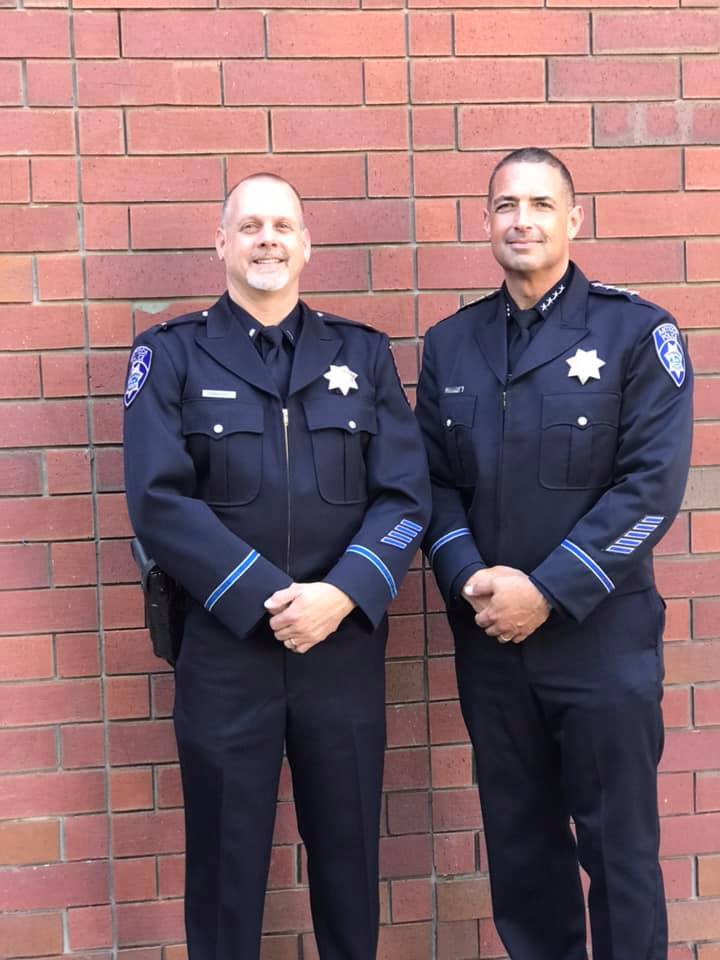 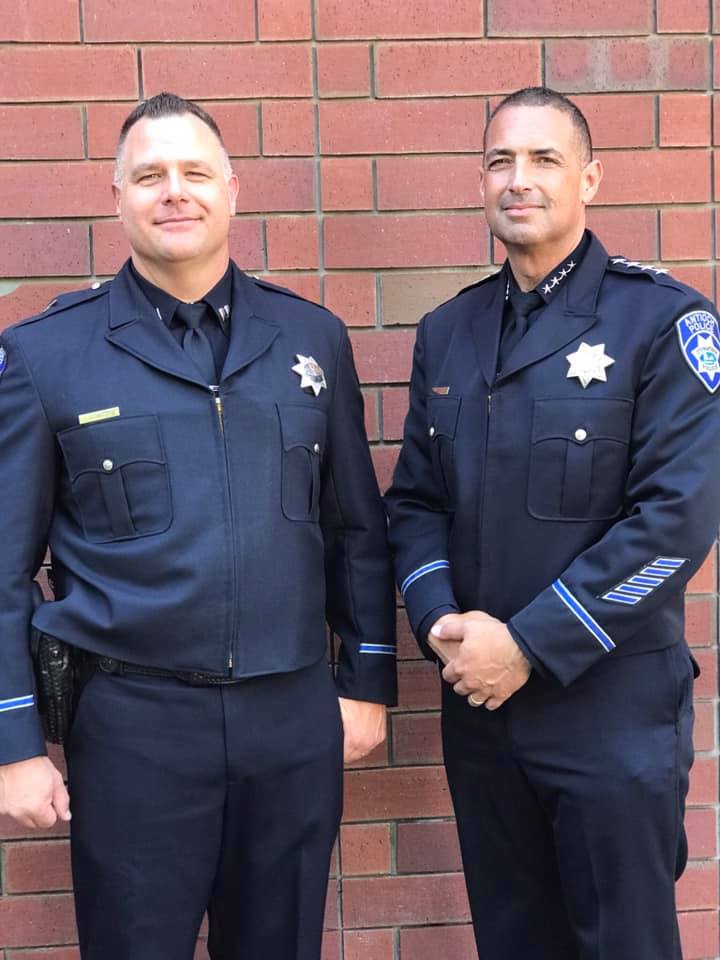 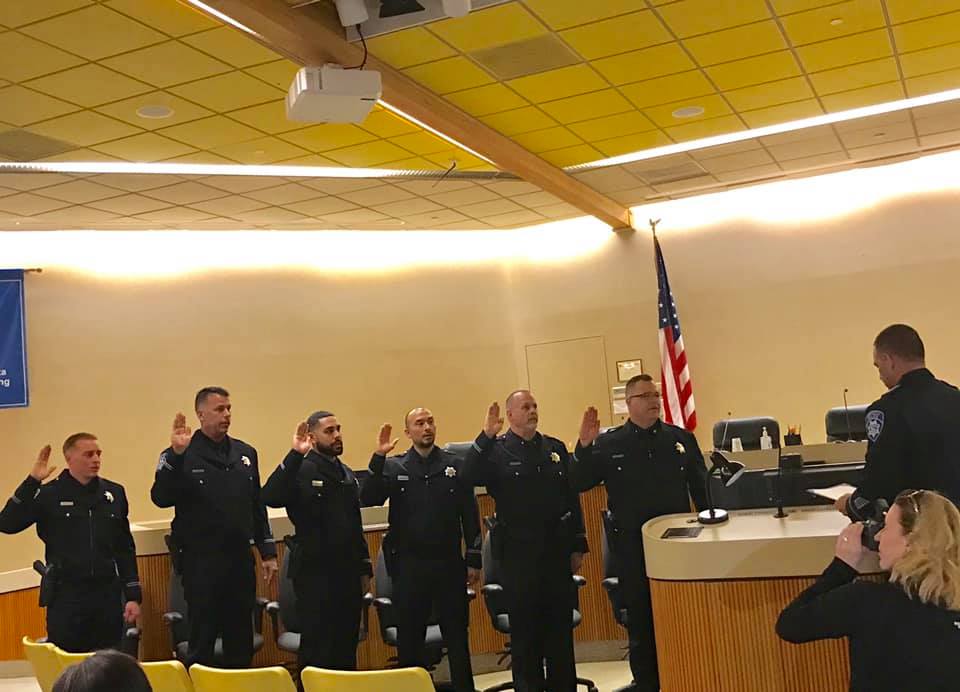