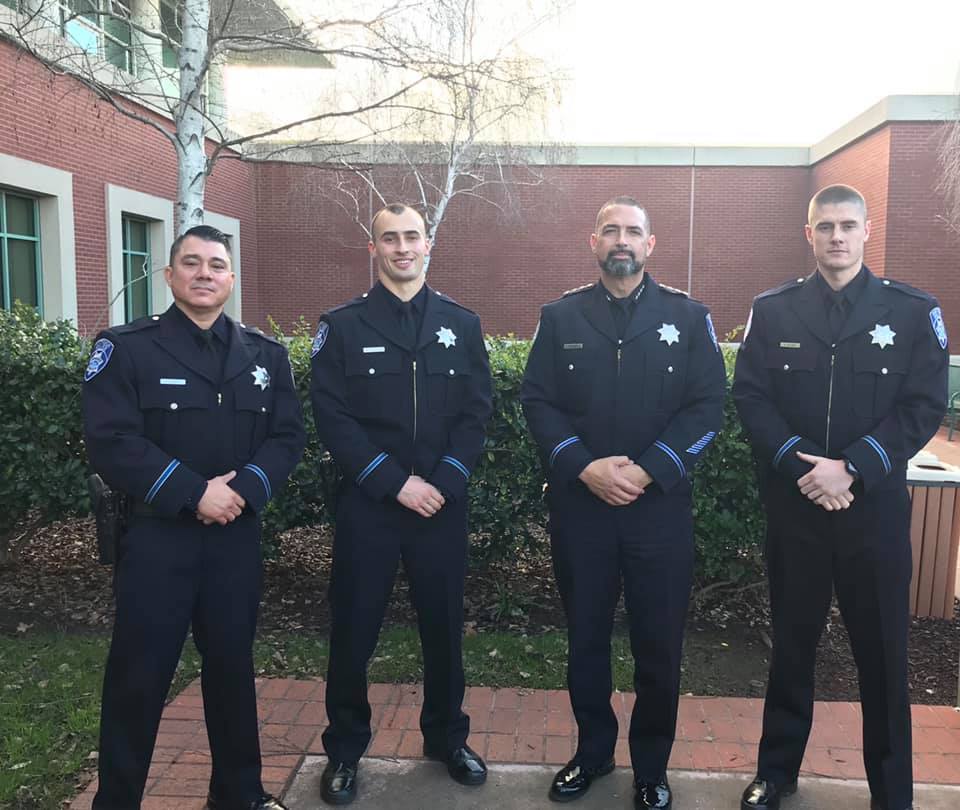 Swearing in new officers is always a good day in law enforcement. Today, we welcome Officers Barrera, Hill and Milner to the Antioch Police Department. Congratulations and good luck to you all!

Denny grew up in San Jose and Galt, and graduated from Galt High School. A year after high school, Denny enlisted in the United States Navy. As a service member in the U.S. Navy for 20 years, Denny completed three tours in Washington State, three tours in California, and one tour in Illinois. While attached to Fleet Logistics Support Squadron Sixty-One in 2001, Denny completed three Western Pacific Detachments to Naval Air Facility Atsugi, Japan, in support of the Global War on Terrorism.

Denny was honorably discharged and retired at the rank of Chief Petty Officer in 2017 and was awarded numerous service and campaign medals, to include six Navy and Marine Corps Commendation Medals, five Navy and Marine Corps Achievement Medals, and two Military Outstanding Volunteer Service Medals.

In his free time, Denny enjoys spending time with family and friends and enjoys taking his family to Oracle Park to watch the San Francisco Giants.

Fun Fact: Denny still gets upset when he thinks about Game 6 of the 2002 World Series, when the San Francisco Giants blew a 5-0 lead in the 7th inning, to go on to lose the game and Game 7, to the Anaheim Angels.

Kyle grew up in Antioch and Walnut Creek and graduated from Las Lomas High School in 2013. After high school, he continued his education at Diablo Valley College where he played football and earned an Associate’s Degree in Psychology. After obtaining his Associate’s degree, Kyle attended the University of Nevada, Reno, where he earned a Bachelor’s of Arts Degree in Psychology.

After graduating college, Kyle worked at the Renaissance hotel in Walnut Creek, coached track and field, and spent time volunteering with Fellowship Church in Antioch.

Kyle recently graduated from the Alameda County Sheriff’s Office 163rd Academy and is now excited to serve the Antioch community. In his free time, you can find Kyle spending time with his family and friends. He also enjoys playing sports and outdoor activities such as snowboarding, surfing, and hiking.

Fun Fact: In the 8th grade, Kyle broke both his wrists simultaneously while playing basketball. Despite the injury, he still enjoys playing but attributes his shooting problem to the injury.

Brayton grew up in Walnut Creek and graduated from Las Lomas High School in 2013. During High School, he played football and basketball. After graduating High School, he attended California State University, Chico where he obtained a Bachelor’s Degree in Business Administration in 2017.

After returning to the Bay Area, Brayton worked in Construction until he got hired by APD in May of 2018. Brayton also graduated the Alameda County Sheriff’s Office 163rd Academy last Friday. Brayton is looking forward to starting his career here at APD and continuing the great work Antioch Police is doing within the community.

Brayton is a diehard Game of Thrones fan and has watched the series 4 times through. 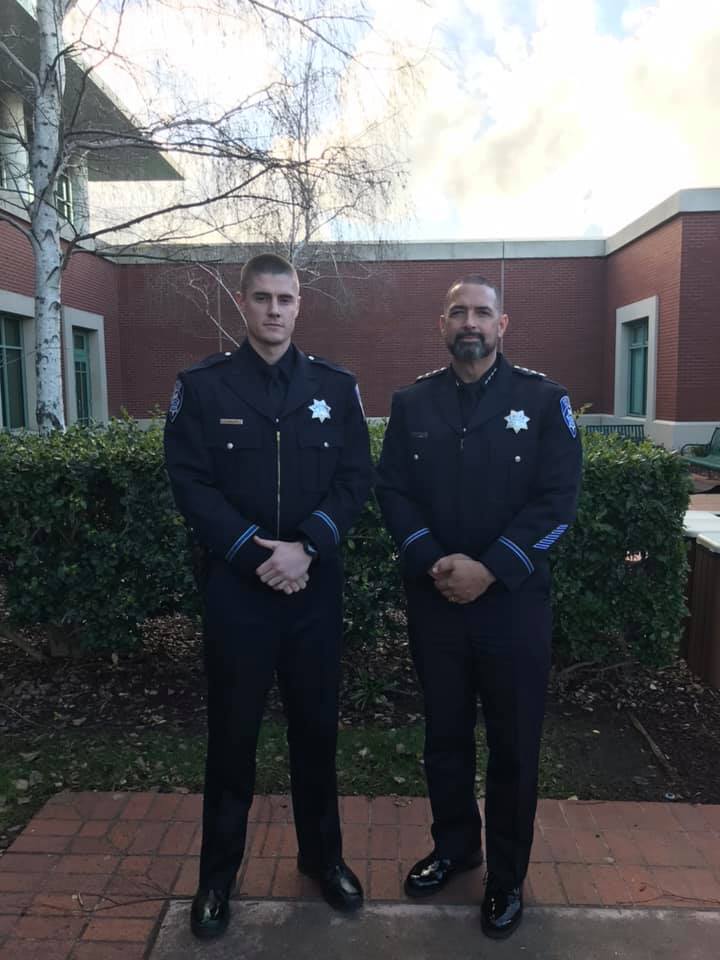 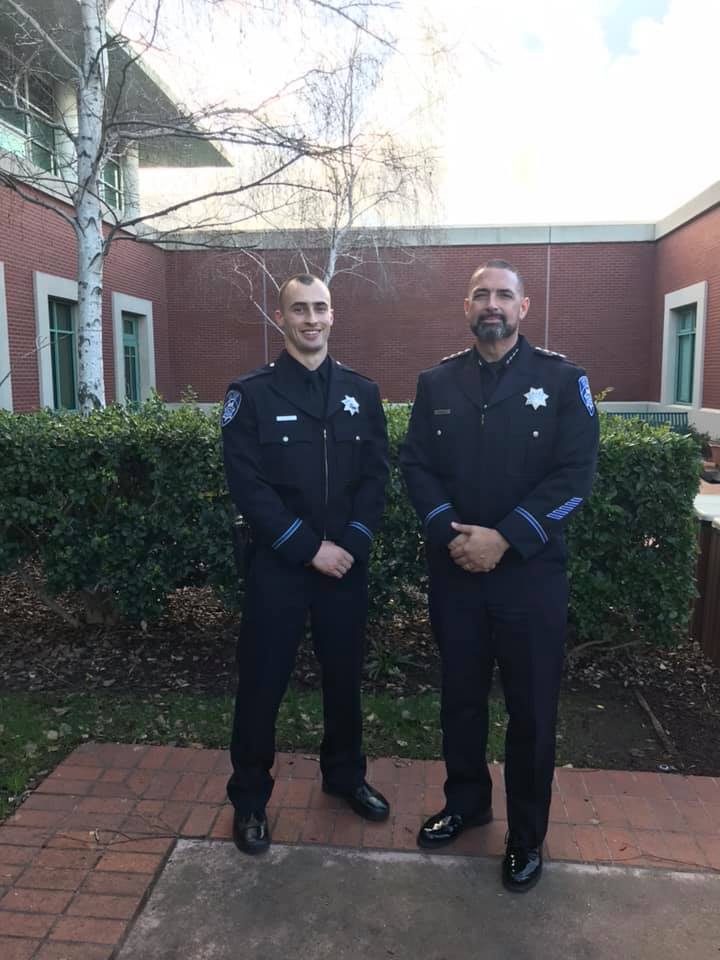 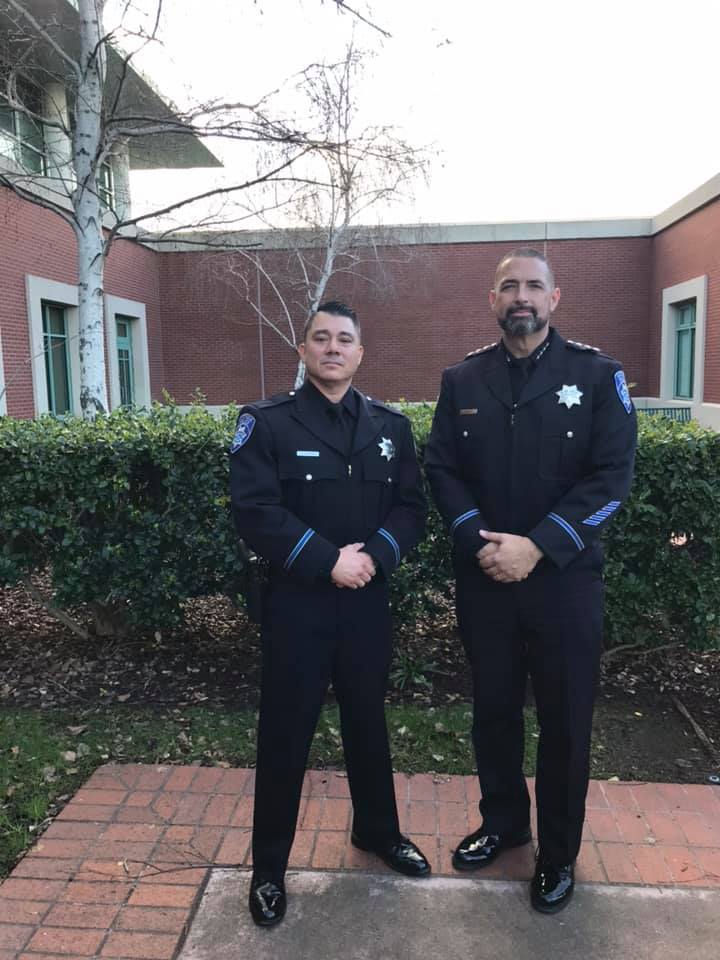 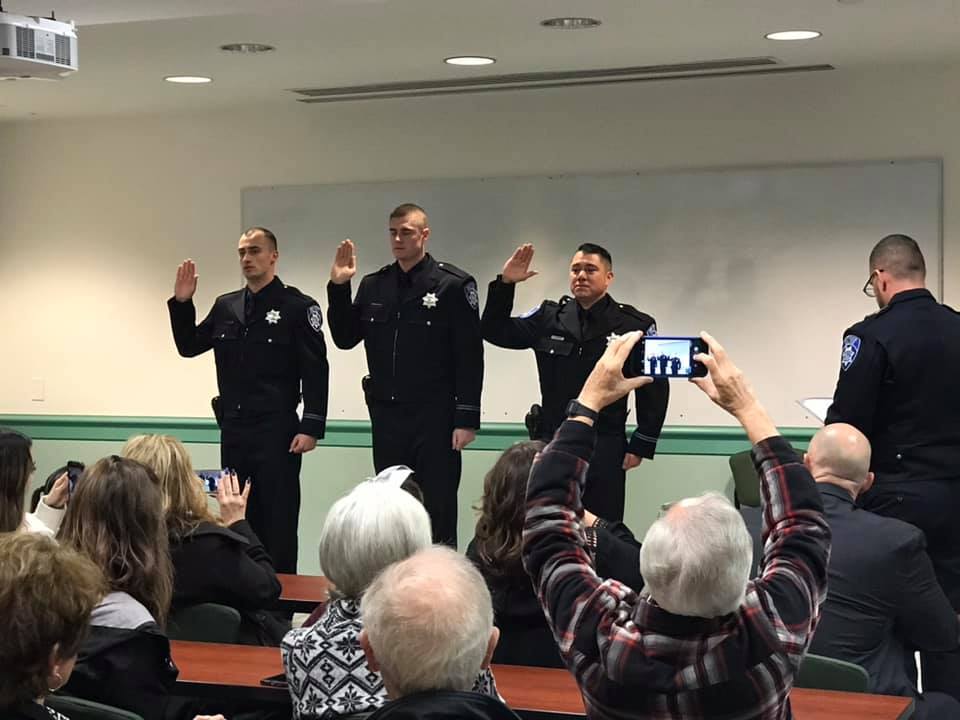 For community-related events, don’t forget to check out the events calendar