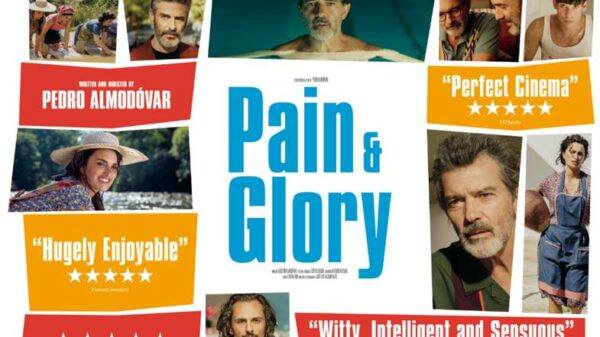 Selected as the Spanish entry for Best International Feature Film at the 92nd Academy Awards. Also chosen by Time Magazine as one of the ten best films of the year.

In the critically-acclaimed film by legendary filmmaker Pedro Almodovar, a film director (Antonio Banderas) reflects on the choices he’s made in life as past and present come crashing down around him.

The protagonist of “Pain and Glory” was at the decline of his career. The man involuntarily looks back into the past, and a stream of vivid memories falls upon him. He recalls such moments from his youth as tender feelings for his mother, love and separation, the search for happiness and success. All this leads the master of cinema to important thoughts about life and art, because this is the most important thing for him.