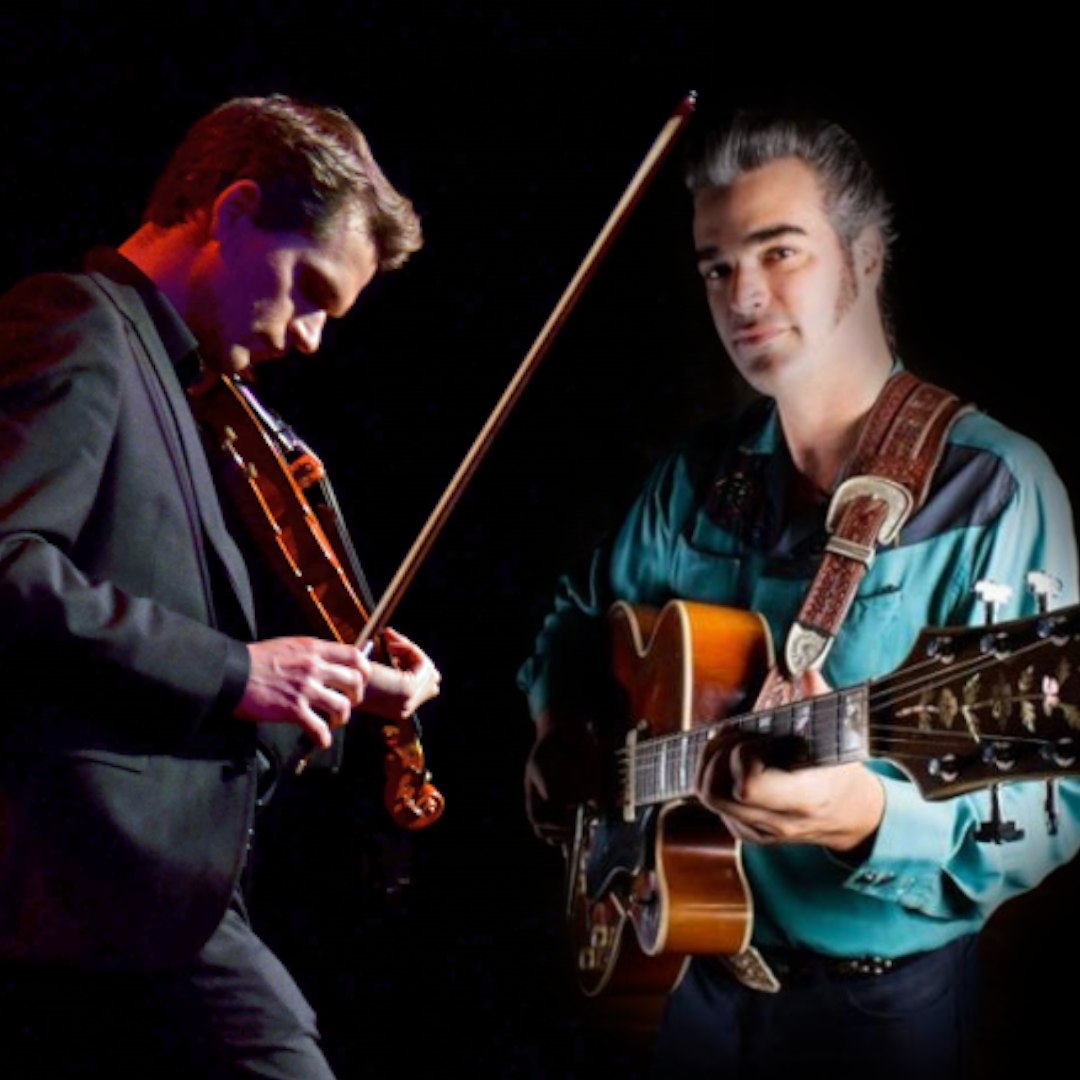 Two musical geniuses, one amazingly intimate concert! Our Lobby Series continues with multiple Grammy-winner Mads Tolling and rockabilly sensation Mitch Polzak as they tear down the walls and kick-start your heart rate! It doesn’t get any better than this!

ABOUT THE ARTISTS:
MADS TOLLING is an internationally renowned violinist and composer originally from Copenhagen, Denmark, now living in San Francisco. A former member of both bassist Stanley Clarke’s band and the celebrated Turtle Island Quartet, Mads won two Grammy Awards and was nominated for a third. He was a winner of the DownBeat Critics Poll Rising Star Violin Award and is a featured Yamaha Artist.
As leader of his own groups – Mads Tolling Quartet; and Mads Tolling & The Mads Men, the ‘Mads Men’ release of Playing the 60s is a lively and fresh reimagination of classic songs from 1960s pop culture which spent two months on US jazz radio’s top 30. He has also twice been commissioned to write violin concertos – for Oakland Symphony and Pacific Chamber Orchestra – which have been performed with
orchestras around the US and Japan. Mads has performed over a thousand concerts around the world, including at The Hollywood Bowl,
The Library of Congress, Radio City Music Hall, the Bay Area’s Paramount and Herbst Theatres, and by invitation of Danish Royalty to play for Prince Frederik & Princess Mary at the celebration of The Danish Embassy’s 50-year Anniversary. As part of Bob Weir’s Wolf Bros & Wolf Pack Band, he is embarking on another tour with them this fall taking him to The Kennedy Center in DC, The War Memorial in SF, and up and down the West Coast including Vegas, Phoenix, and Los Angeles. All dates can be found at https://bobweir.net.

International Rockabilly Star MITCH POLZAK has been entertaining audiences worldwide with his engaging original sound and highly entertaining live stage show performing Rockabilly from the late 50’s Sun Records era and delivers a Honky Tonk ballad with the sincerity of Merle Haggard and Waylon Jennings. Featuring blazing guitar instrumentals, his influences range from Joe Maphis, Merle Travis, and Don Rich, with a wide range of Bakersfield Honky Tonk, Truck Driving classics, Ameripolitan and classic Country music. Mitch has worked and or recorded with such artists as Deke Dickerson, Peter Rowan of Bill Monroe and the Bluegrass Boys, Don Maddox of The Maddox Brothers and Rose, Joe Clay, Lazy Lester, Gene Summers, Chris Sprague, Johnny Cuviello (Drummer for Bob Wills), and has published articles for Play Guitar
magazine. He has performed at major music festivals and events at the legendary Viva Las Vegas Rock n Roll event in Las Vegas, Hot August Nights in Reno for the Peppermill Casino, The Shake the Shack Festival in Seattle, and many other engagements throughout the US as well as appearances in Holland, Belgium, Germany, and the Czech Republic.
The big guy from out West and larger than life energy (he’s also 6’5’) performer, guitarist, singer, banjoist, songwriter, composer, entertainer, musical historian, and teacher, Mitch Polzak wears his heart on his sleeve and his playing in his heart.