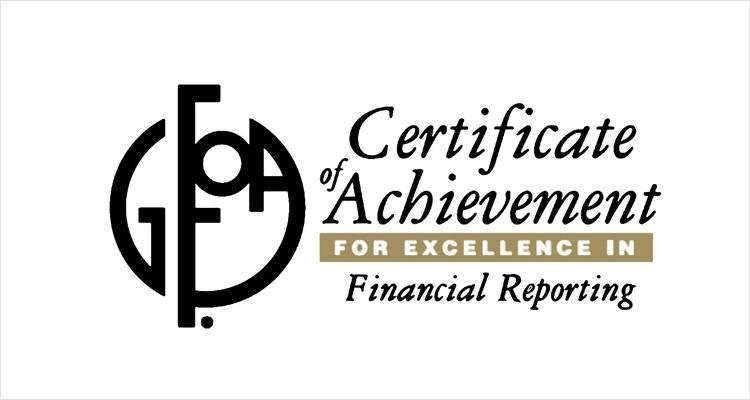 Antioch, Calif., (July 27, 2021) – Today, the City of Antioch announced that they have been selected as recipients of the Government Finance Officers Association’s (GFOA) most prestigious award, The Certificate of Achievement for Excellence in Financial Reporting for the fiscal year ended June 30, 2020.

The City of Antioch was selected because they met GFOA’s highest standards, including demonstrating a “spirit of full disclosure”.

“As the region’s leader, Antioch has established a fiscal roadmap that demonstrates that you can achieve ambitious goals in a manner that is fiscally prudent,” said Lamar Thorpe, Mayor, City of Antioch. “I would like to commend the City’s administration for their skill and professionalism in managing our city.”

With a financial plan focused on strategic money management, the City has been able to establish healthy reserves while significantly reducing unfunded liabilities. Additionally, the City has been able to improve services by increasing staffing levels. An example of that is the Antioch Police Department. For years, having to serve the city with minimal staffing levels, and not being able to increase that number due to fiscal restraints, today, after the implementation of the City’s fiscal reforms, they were the first department to see an increase in personnel and they now have a total of 115 sworn officers, or over one officer per 1,000 residents serving the community.

Another top priority for city officials was to bring back the City’s Code Enforcement Division. Forced to terminate the division during the economic downturn, the City had always recognized that it was a critical division that needed to be brought back as soon as possible due to the fact that they are responsible for keeping blighted properties in compliance with city ordinances. Today, that division is back in operation and growing with a recent Council decision to approve doubling staffing to patrol the city looking to keep the City’s neighborhoods blight free.

“This award would not be possible without the leadership of our governing body,” said Ron Bernal, City Manager, City of Antioch. “Their commitment to strong fiscal health enables us to provide our residents with the best services and quality of life. With discipline and focus, we have advanced Antioch’s emerging role as a regional leader.”

About the City of Antioch: Antioch is located on the banks of the San Joaquin River in Northern California, just off of Highway 4 in Contra Costa County.

With a population of over 100,000 people, Antioch has become the heart of Eastern Contra Costa County, offering a variety of employment, shopping, and vast recreational activities.

The pace of development in Antioch has spurred activity for financial and insurance institutions, contractors, and other service-oriented businesses. Increased development has increased employment in schools, hospitals, and other local service sectors. Antioch is poised to capitalize on its location, skilled workforce, and fiscal strength.