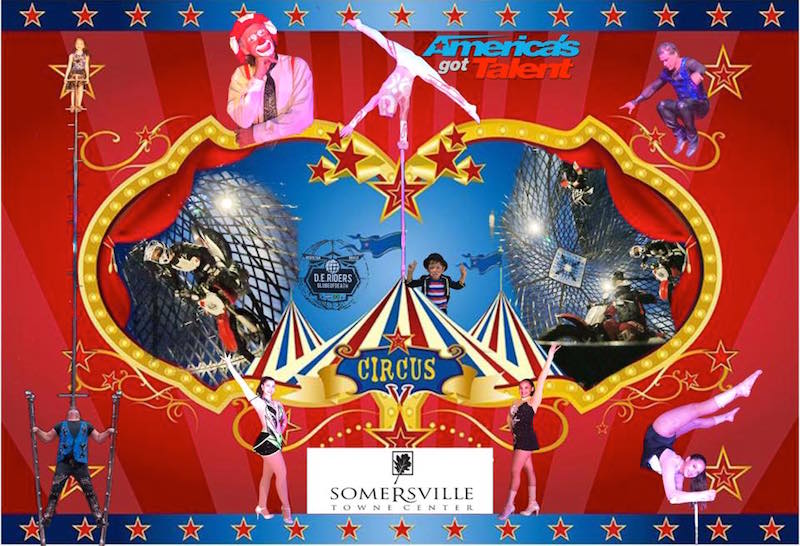 About the Walter Bros. Circus

“Walter Bros. Circus” is comprised of a world-wide cast of performers, The show will include juggling acts, contortionists, single trapeze, aerial artists, trampoline acrobats, clowns, the famous flying Alves flying trapeze act and D.E Riders From Argentina with their death-defying “GLOBE OF DEATH”. All the acts will be performed live under a top quality, fireproof tent spanning 100 feet in diameter, with no seat more than fifty feet from center ring.

Clark Jacques, as seen on America’s Got Talent

Clark Jacques is from 9 De Julio, Buenos Aires, Argentina, but he currently lives in Los Angeles, California. Clark Jacques was a hand balancer act from Season 12 of America’s Got Talent. Clark Jacques’ audition in Episode 1206 consisted of hand balancing on two sets of styrofoam that he flicked out of the way to land on two beams. He then balanced the weight of his entire body on one hand. Howie Mandel and at least two other judges voted “Yes”, sending Clark to the Judge Cuts.

City of Antioch – Bridging the Gap

We hope that you will join us on Monday, January 1

Sustainable Contra Costa (SCOCO) Are you ready to

The Antioch community is invited to participate in

Gorgeous day for a hike around Black Diamond Mines

Winter/Spring 2021 Class/Program Promotions are he

Share 📸 from your hikes or walks by tagging us!

The State of California Small Business COVID-19 Re

As the hourglass turns and we enter a new decade,