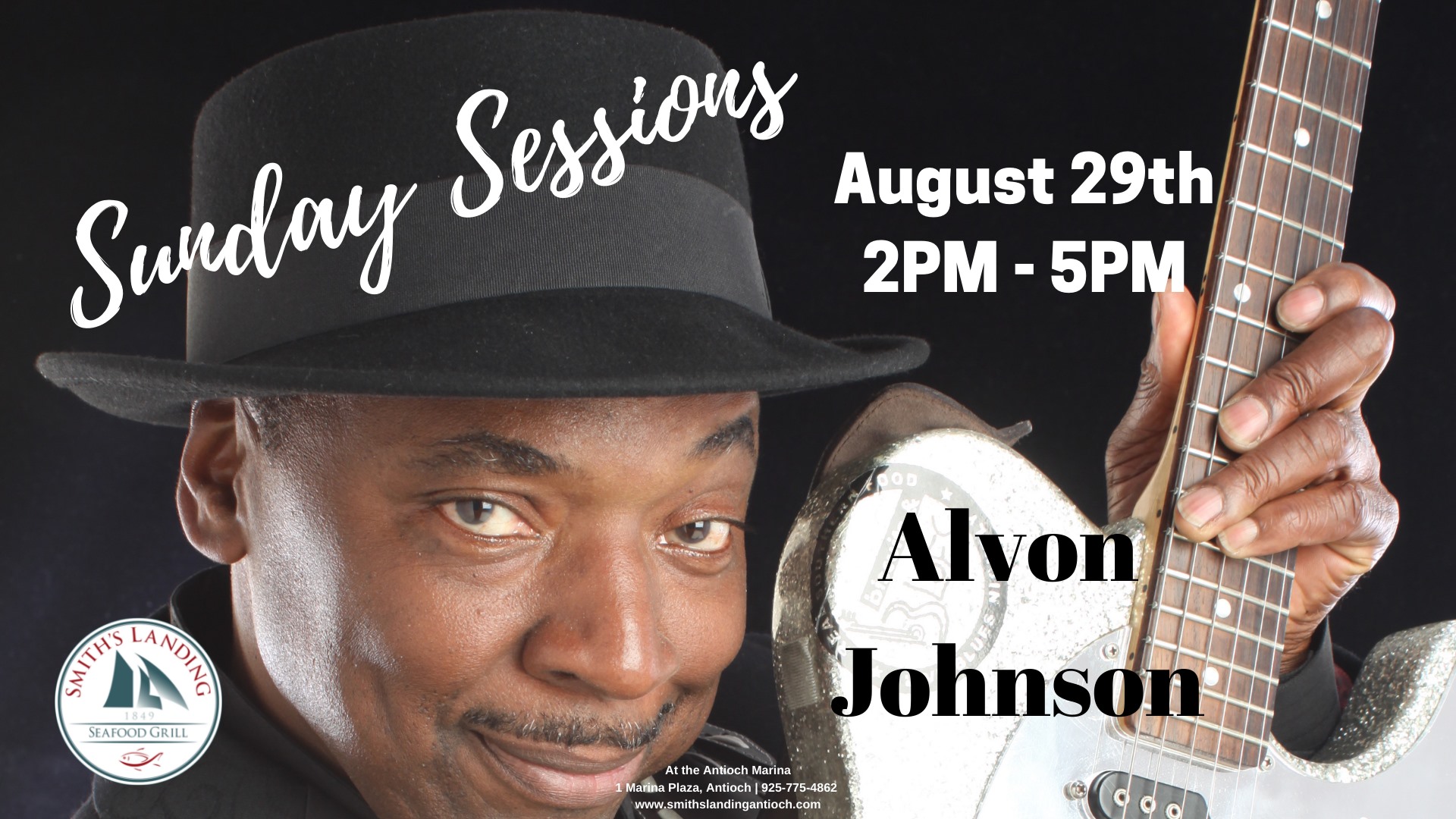 One of the most versatile Musicians, Singers and Entertainers on the music scene today. He travels the world singing and swinging Jazz standards with Big Bands. He also gallops the globe performing the songs that he sang while working with the Rock and Roll Hall of Fame group, The Coasters. When he travels to Russia he is referred to as the “King of the Blues” and the “Ambassador of the Blues”. His love and respect for the American art form is shared by large and enthusiastic audiences the world over.

His early musical influences were Guitar players such as Wes Montgomery, Andre Segovia, Charlie Christian, and of course Jimi Hendrix. His vocalist influences were Frank Sinatra, Joe Williams, Johnny Hartman, and Nat King Cole. He has performed with many well-known artists, including The Drifters, The Coasters, The Shirelles, Bobby Day of Rocking’ Robin fame, and Jimmie Rodgers of Country and Western fame.
Alvon Johnson sought out, and learned, at the feet of many icons of the Blues, including John Lee Hooker, Pee Wee Crayton, Little Joe Blue, Harmonica Fats, Frankie Lee, Guitar Shorty, Lowell Folsom, and Buddy Ace.

Known for his comedic style, Alvon Johnson worked with many comedians such as Renaldo Rey, Robin Harris, Skillet and Leroy, and Lawanda Paige (Aunt Ester), from the Redd Foxx show.
Having the opportunity to work with these outstanding comedians helped him to develop his own style of comedy which served him well as a vocalist with the Rock and Roll Hall of Fame group “The Coasters”.

Alvon Johnson has become a highly respected international Singer, Musician, and Entertainer. Whether he sings with Big Bands performing the great material of the American Song Book or the Low Down Blues, Alvon Johnson is an artist whose act should not be missed. He tours constantly on the international level as well as nationally in such places as Russia, Spain, Africa, Hungary, Portugal, Poland, Malaysia, China, France, Italy, Japan, Singapore, New Zealand, Europe, Canada, The Bahamas, and Australia.

This is a true showman, and he gives his all in his performances. If you have not been to one of his shows, you owe yourself this one pleasurable evening with a man that can change your life in just one night. You will be glad you did.