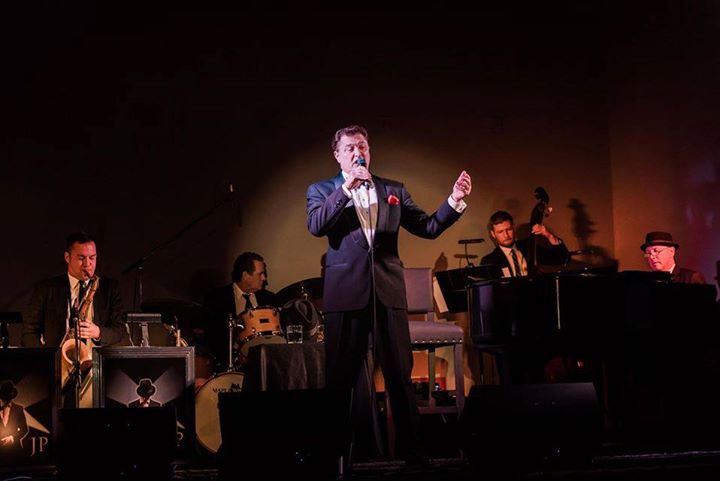 ​Some say he was born with a microphone in his hand. That would explain why Pacific Coast Jazz artist Jonathan Poretz is so comfortable performing his brand of great American jazz standards to audiences large and small. Whether appearing in an intimate club or a large outdoor venue, Jonathan brings an electric energy to any stage he’s on, a talent he’s been cultivating since his early teens, when he sang professionally in bands that featured jazz greats including Charlie Shavers, Chuck Wayne and Joe Puma in his home town of New York City.

Blending the swinging vocal stylings of Sinatra, Torme, Bennett and Darin, Jonathan is equally comfortable performing with a trio or a 17-piece big band, putting his own unique stamp on every song he sings and every story he tells through the great American standard songbook.

Poretz recently concluded a 52-city tour of Germany as “Ol’ Blue Eyes” in “Happy Birthday Frank Sinatra,” reprising his role from the Las Vegas production of “The Rat Pack Is Back” in which he performed in San Francisco, Boston, Springfield, MA and Memphis.
​
His recurring appearances at Feinstein’s at the Nikko in San Francisco, the Bay Area’s preeminent nightclub, regularly sell out, and he has conceived, written and starred in several other Rat Pack themed shows which regularly tour performing arts centers throughout the Bay Area and beyond.