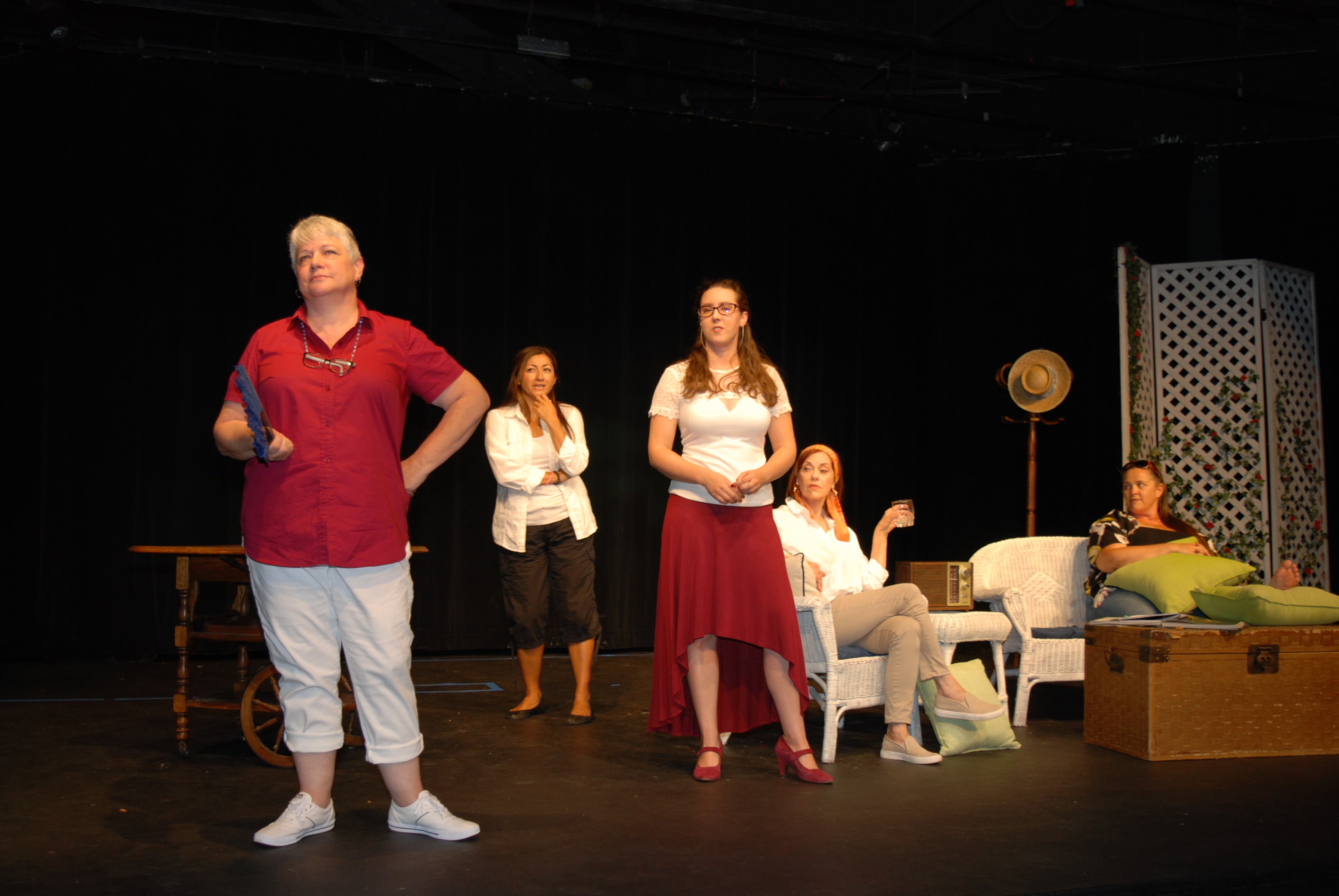 Ghostlight Theatre Ensemble launches the start of its 2019-20 season this month with The Dixie Swim Club, a witty comedy written by the talented team of Jessie Jones, Nicholas Hope and Jamie Wooten, collectively referred to as Jones Hope Wooten.

“If you are looking for something to do for a fun date night or girls night out, you’ll definitely want to see Dixie. It’s like Steel Magnolias, Sex and the City and Golden Girls, all rolled up into one! In fact, the writers have collaborated on numerous scripts for both stage and screen, and one of them actually wrote for Golden Girls,” said Jennifer Finetti, Marketing & Media Director for Ghostlight Theatre Ensemble.

The Dixie Swim Club tells the story of five unforgettable Southern women who set aside a long weekend every August to recharge their friendships that began while on their college swim team. Free from husbands, kids and careers, they meet at the same beach cottage on North Carolina’s Outer Banks to catch up, laugh and meddle in each other’s lives. Directed by Dan Berns and Sigrid Harris, The Dixie Swim Club is a hilarious and touching comedy about life’s twists and turns, and how lifelong friends can pull you through.

“What makes this show so special is that it features an all-female cast of larger-than-life characters. We follow their friendship over four decades, so we get to see how each has grown and changed, yet also how at their core, they are still much the same,” said Finetti.

The cast includes a couple of familiar faces – Helen Dixon (Sheree) and Ella Wolfe (Dinah), as well as some new ones. Sylvina Goff (Jeri Neal), Lisa LaBute (Vernadette) and Megan Robbins (Lexie) are all making their Ghostlight debut, each after taking an extended hiatus from the stage.

“We are so thrilled that we continue to bring new performers into the Ghostlight family. We have worked really hard to extend our reach, both in terms of those who audition, as well as those who volunteer and support us through donations. And of course, we really want to bring our shows out to a broader audience. For the first time, we are producing this show in Antioch, which is really exciting for us, and for the community,” said Helen Dixon, Artistic Director for Ghostlight Theatre Ensemble.

Individual adult tickets are $20 each, while senior tickets and student tickets are $18 each. Group sales (10 or more for the same performance) are available for $15 each. And new this year is a “season pass” that offers options for accessing discounted tickets. For more information or to purchase tickets, visit www.ghostlightte.org/tickets.html.